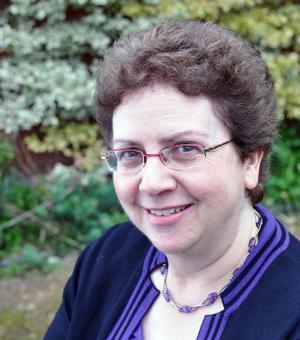 I read for a BA in Modern History at Harris Manchester College, Oxford and then moved over to Wolfson College for my doctorate. I am a modernist and teach papers on the eighteenth and nineteenth centuries. As Director of Studies in History at St Benet's Hall I have responsibility for the History students’ academic needs. I am also Fellow Librarian and the Senior Member of the JCR. I have been living in Oxford with my family since 1997.

At undergraduate level, I teach a range of courses stretching from 1685 to 1924. When teaching  the core papers I aim to offer students a range of subjects that move beyond political topics to include social, cultural and economic aspects of history.  I take first-year undergraduates for Historiography (Tacitus, Gibbon and Macaulay), British History V 1685-1830, British History VI 1815-1924, and General History IV 1815-1914.  For Final Schools, in addition to British History V and VI, I teach General History X 1715-1799 and the Disciplines of History.

My research focuses on the cultural and social history of eighteenth-century England, with particular reference to the print trades and celebrity. This interest grew out of my optional undergraduate thesis on Advertising in Provincial Newspapers: The Bath Journal, 1744-1758.  My doctoral research, which was supervised by Prof. James Raven, shifted away from advertising to examine eighteenth-century celebrity culture in Britain, 1750-1840. My thesis analysed the language, character and representation of celebrity in this period and was based on literary sources and illustrated through the life of George Robert Fitzgerald (1748?-1786). I am particularly interested in the role that publishing played in widening access to the private lives of individuals not only through printed memoirs but also through other print products such as journals, newspapers and biographies.

I am currently working on a joint project with Dr Ali Parchami on Anglo-Persia relations from the sixteenth century to the present day. We are looking at the significance of the cultural interchanges between the two states and how these underpin their present relationship. This draws upon my interest in both the private and the printed accounts of travellers. Dr Parchami’s work on International Relations and Middle Eastern Studies provides the bigger picture. In placing individual and public perceptions of the two states in their political context, we are trying to explain how Britain and Iran have built their current perception of the other.

‘Literary London and its Part in the Construction of Eighteenth-Century Celebrity’, Augustan Studies (2006)

‘’The Sherleian Odyssey’ and the Early History of Anglo-Persian Relations’ The Wish Stream, JRMAS (2011)

The Persian Encounter: A History of Anglo-Persian Relations (I B Taurus, forthcoming)

Did fame in the eighteenth century become ‘an empty bubble’?