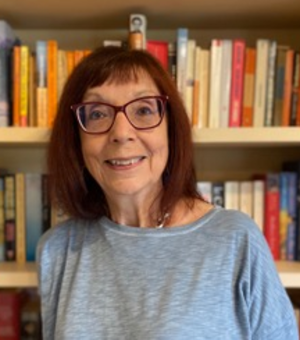 After reading History at St Anne’s College, Oxford, I returned to my home town London to marry, obtain a PGCE, and afterwards teach at St Paul’s Girls’ School. My doctorate at UCL was in early modern history, my thesis a political biography of an Elizabethan nobleman (Thomas Radcliffe 3rd earl of Sussex). Moving to St Mary’s University College (London), I taught a wide range of early-modern British and European History courses, and ran the history programme for a number of years. When I left in 2001, I was Reader in History. I returned to Oxford in 2002 as a lecturer in Christ Church, and have been a Fellow at St Benet’s Hall since 2004. In 2009 I took up my current position as Senior Research Fellow at Jesus College, while still teaching early-modern history at St Benet’s.

My research interests lie in the political, religious and cultural history of the sixteenth century, especially the reign of Elizabeth I. I write for academics, undergraduates and the general public in a range of publications, including exhibition catalogues, text books, popular books, and research essays. My work focuses on issues of national concern (such as the royal marriage and succession under Elizabeth) that I approach holistically by drawing on literary and polemical texts, archival records, and material culture. I am also interested in the representation of monarchs both contemporaneously and in present-day popular culture. I have just finished a book for OUP on Elizabeth’s personal and political relationships entitled ‘Elizabeth I and the Politics of Intimacy’. I am going to begin work shortly on an exhibition in the Bodleian Library on the Stuart Successions.

Monarchy and Matrimony: The Courtships of Elizabeth I (Routledge, 1996)

In addition to the Stuart Successions exhibition, I am continuing to work on Elizabeth I’s queenship and Anglo-Scottish relations in the later Elizabethan period.