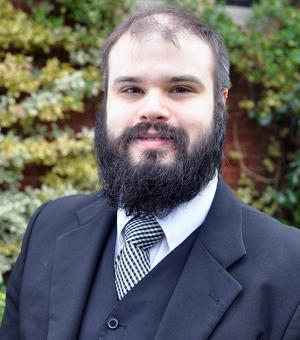 Dr Waghorn’s research interests rest in fundamental questions in metaphysics and value theory (as these appear in both Continental and analytic philosophy), and in their interrelation. In metaphysics, he is interested in the notion of ‘nothing’ and what, if any, sense can be made of it—his research in this area has led him to examine the connected notions of ‘everything’ and ‘something’. He is also currently exploring the realism/anti-realism debate, especially as it bears on the idea of conceptual limits.

In value theory, Dr Waghorn’s main interest is in the meaning of life, with a side-interest in the nature and significance of death. He is particularly concerned with the question of whether life can have ultimate meaning, as opposed to the question of what makes life more or less meaningful. This former question led to his examining certain metaphilosophical ideas.

Finally, in philosophy of religion Dr Waghorn is interested in some of the less frequently discussed divine attributes, such as divine simplicity and divine necessity, and also in arguments for and against the existence of God.

Nothingness and the Meaning of Life: Philosophical Approaches to Ultimate Meaning Through Nothing and Reflexivity (Bloomsbury 2014)