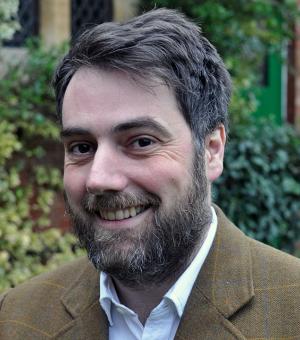 I did my first and subsequent degrees in Oxford (PPE, Diploma in Theology, Bachelor of Philosophy, Doctor of Philosophy), and after stints teaching in various colleges and as a Junior Research Fellow in Wolfson, I became Director of Studies in Philosophy at St Benet’s in 2008. I retired from that in 2010 and remain a Fellow of the Hall. I married in 2002 and live in Woodstock, outside Oxford, with my young family.

I teach Ethics, Aristotle’s Nicomachaean Ethics and Aquinas Ethics and Action Theory, and on the last of these I also give lectures in the University.

I am involved in a number of outside institutions, notably Marvale Institute (first as External Examiner and now an occasional lecturer), and the Oxford-based Anscombe Bioethics Institute (a stint as Vice Chairman 2013-2018).

I am Chairman of two small charities (the Latin Mass Society and the St Catherine’s Trust) and Treasurer of the Foederatio Internationalis Una Voce. Within Oxford I am the founder and Senior Member of the Oxford University Gregorian Chant Society.

My DPhil was on the parallel between Divine Commands and other kinds of commands and obligations, and how they might fit into morality as a whole. This was followed by a research project on Intention and Double Effect. I remain interested in Political Philosophy and Philosophy of Religion as well as Ethics, current and historical.

My interest in Double Effect brings in issues of applied Ethics and Bioethics, and my involvement with the Anscombe Bioethics Centre has increased this.

I have also become interested in the historical, theological and philosophical underpinnings of liturgical debates, and I have coordinated the production of a series of ‘Position Papers’ on related topics for the Foederatio Internationalis Una Voce.

My Philosophy blog, which also has more about my publications, can be found here: http://casuistrycentral.blogspot.co.uk/

"Double Effect and Closeness" (forthcoming, in a collection edited by Joseph Boyle)