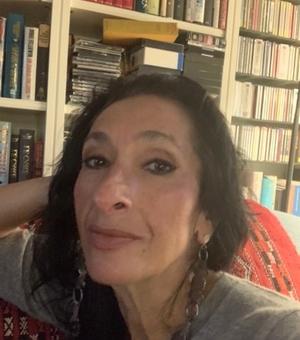 Fellow and tutor in Arabic and Oriental Studies
nadia.jamil@orinst.ox.ac.uk

Research Interests.
My research to date has had two distinct focuses: The early Arabian poetic tradition and the transformation of ideas, 5th-8th centuries AD; and the Arabic documentary archive of Norman and Hohenstaufen Sicily, 11th-13th centuries AD. This has been when not teaching Arabic of different registers and times for the Faculty of Oriental Studies, from which I am currently fully bought out.

My 2017 monograph, Ethics and Poetry in 6th-Century Arabia (published by Oxbow Books for the Gibb Memorial Trust) broke down the symbolic language shared by poets of that time to reveal a broad cosmology, based in the principle of chance, which was incrementally modified by the Qur’anic vision and the development of Islam.

My current project — Documenting Multiculturalism: Co-existence, law and multiculturalism in the administrative and legal documents of Norman and Hohenstaufen Sicily, c.1060-c.1266 (2018-2023): http://krc.orient.ox.ac.uk/documult/index.php — investigates the diverse confessional, ethnic and linguistic communities of the island of Sicily under Norman and Hohenstaufen rule, and the legal foundations on which multi-faith coexistence rested. Based on the edition, translation and annotation of these documents we are building, with colleagues at the university of Palermo, an inter-relational database that will facilitate bottom-up study of the history of the times, and provide accessible research tools also for interested parties not in command of all the languages implied. I will take joint lead in the preparation of two of the project's summative monographs: A Lexicon of the Arabic of Norman Sicily, and a companion volume on Diplomatic, Language and Palaeography in the Arabic Documents of Norman Sicily.