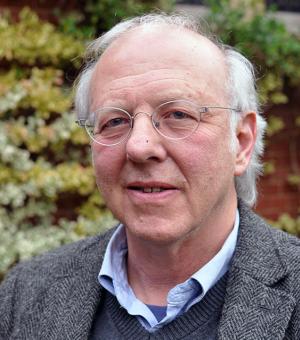 I grew up in London, attending an Orthodox Jewish day school from the age of five to eighteen. I then read Philosophy as an undergraduate at UCL, doing an MA in Philosophy at Bedford College London (which, alas, no longer exists). While my training was in analytic philosophy, my MA dissertation was on Sartre and Heidegger. This interest took me to Chicago, where the Philosophy Department at De Paul University was orientated towards phenomenology. I spent three years at DePaul as a Visiting Lecturer and then transferred to the Committee on Social Thought, University of Chicago, where my PhD thesis (‘After Wittgenstein: Writing on the Verge of Philosophy’) was supervised by Stephen Toulmin. I remained in the city to teach Philosophy at Saint Xavier University. After six years as head of the department, I came to St Benet’s Hall as a Visiting Fellow for a one-year sabbatical. This led to a split year, with six months at Saint Xavier and six months at St Benet’s, for several years until, around 2005, I reverted to full-time living in England.

I gave tutorials in Philosophy to students at St Benet’s and other colleges, often from overseas. I mainly taught Plato, Early Modern Philosophy and Wittgenstein, though other subjects I have taught include Ethics, Philosophy of Religion and Philosophy of Mind. Among the tutorial courses I have given to visiting students are ‘Thinking and Acting: an Introduction to Hannah Arendt’, ‘Philosophy after Auschwitz: Ethics and Modernity in the Light of the Nazi Holocaust’ and ‘Zion and Zionism: Conceptions of Jewish Identity in the Nineteenth and Twentieth Centuries’. I have acted as co-supervisor of a doctoral thesis at Oxford on ‘The Culture of Jewish Identity in Britain’.

My research is divided between academic philosophy and certain contemporary social and political issues (notably racism, Islamophobia, antisemitism and Jewish identity). I try to bring tools and methods from the former to bear upon the latter. In this vein, in summer 2012, as Visiting Scholar, I taught a senior seminar course at the International Centre for Muslim and Non-Muslim Understanding, University of South Australia, on ‘Wittgenstein on Culture and Religion’. In Trinity 2013 I gave a paper ‘Grammar from Heaven: the Language of Revelation in Light of Wittgenstein’ at the Oxford Seminar in Advanced Jewish Studies’. While Philosophy of Religion has moved increasingly to the centre of my work, I continue to write on social and political questions, largely with a view to exploring concepts that are either contested or give rise to confusion.

‘Defining Antisemitism: What is the Point?’, in Antisemitism, Islamophobia and the Politics of Definition, ed. David Feldman & Marc Volovici, London: Palgrave Macmillan, due 2022

June 2022: University of Zurich. Speaker, international conference, ‘Antisemitism, Anti-Zionism, and the Critique of Israel’
Tuesday 16 November 2021: Parkes Institute for the Study of Jewish/non-Jewish Relations, University of Southampton. Respondent for the annual public lecture for Interfaith Week, being given by Professor Yulia Egorova, Director, Centre for the Study of Jewish Culture, Society and Politics, Durham University
Friday 15 October 2021: Centre for Theology and Public Issues, School of Divinity, University of Edinburgh. Respondent at symposium ‘Religion in the Public Square: 20 Years Since 9/11’