St Benet's Hall has been in existence as a Hall of the University of Oxford for well over a hundred years.  It was founded in 1897 as a place for the monks of Ampleforth Abbey and other monasteries to live while they read for Oxford degrees. Twenty years later it became a Permanent Private Hall of the University.  Today St Benet's Hall matriculates undergraduates and graduate students of all faiths and none into the University to study a range of subjects across the Humanities and Social Sciences.

St Benet's Hall was not known by that name until 1918. Its origin lies in an arrangement made by the University for any Master of Arts to maintain a private hall from which they could present candidates for degrees. This Benedictine Hall owes its foundation mainly to the vision and energy of Fr Anselm Burge, Prior of Ampleforth.

Crucial however to the foundation was Fr Oswald Hunter-Blair, not a monk of Ampleforth at all. He went to Magdalen College, where it is said that he had rooms on the same staircase as Oscar Wilde. He heard both Manning and Newman preach at the new Catholic church of St Aloysius, and was introduced to Trollope. While on a first trip to Rome, not yet eighteen, he worked as a stretcher-bearer in the Italian siege of Rome in 1870, although the Papal army in fact had no stretchers. He became a Catholic while at Oxford, and in 1897 Fr Anselm Burge asked Oswald Hunter-Blair to become Master of what became known as Hunter-Blair Hall.  On Hunter-Blair's retirement in 1908, Fr Anselm Park became Master and the Hall became Parker’s Hall, before in 1918 the Hall became a Permanent Private Hall, with the official title Aula Sancti Benedicti, St Benet’s Hall.

The Hall was located in 103 Woodstock Road until 1904 when it moved to the former Grindle’s Hall in Beaumont Street (now demolished to make space for the Oxford Playhouse Theatre).  The Hall moved to 38 St Giles’ in 1922.

The present buildings in St Giles were built on the site of some stables by one Samuel Collingwood about 1838. Collingwood lived in the southern one (then 39) and leased the other (then 38) to Dr Bliss, a lawyer. On Bliss' death it was bought for £1,870 by the Revd Richard Michell. By September 1897, Michell's son, a Shropshire vicar, sold the house to Ursuline nuns for £3,500. In 1909 a French lady, Alix Liebert, bought for the nuns no.39, that is the house on the south, which had just been vacated by Professor Charles Oman, of New College (1860-1946). The house remained hers, though part of the convent, until she sold it to St Benets Hall in September 1922. The nuns built the top floor mansard and they built the chapel in 1911 (the architect was Canon Scholes 1844-1920, designer of many churches and convents), to replace the iron shed which they used at first, which stood at the back of the garden of 38, to which led the covered walkway which still exists.

In 2015 St Benet's acquired a second building at 11 Norham Gardens, which now houses first year undergraduates, the Master's flat together with a library and teaching spaces.  This building in Norham Gardens has had a long association with the University; originally built as part of a financial speculation on the part of St John’s College who owned much of the land now known as ‘North Oxford’, the houses in Norham Manor catered for the expanding families of academics as well as for professionals such as solicitors and bankers.

11 Norham Gardens has housed Henry Balfour, the first curator of the Pitt Rivers museum of ethnology and anthropology, and, for a longer period, the first Professor of Egyptology at Oxford, Francis Llewellyn Griffith, whose finds form the backbone of the Egyptian collections at the Ashmolean museum in Oxford and after whom the Griffith Institute is named.  In 1932 the building was bought by the Society of the Sacred Heart, as a house of Studies and Student Hostel, aimed at women attending the University, following the October 1920 reforms which allowed them to take degrees (rather than just follow courses of lectures).  In 2015, the house became part of St Benet’s Hall. 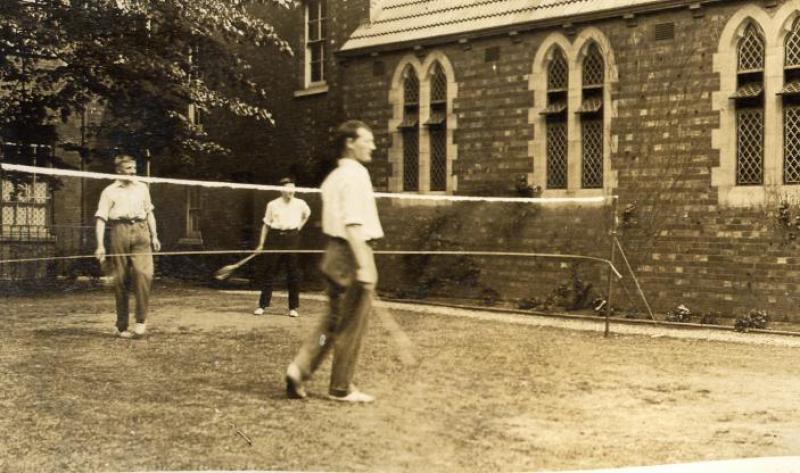 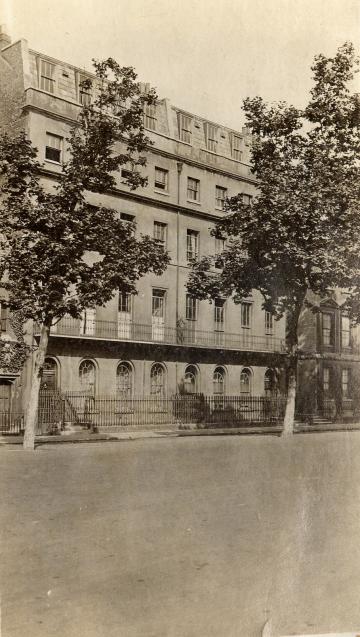 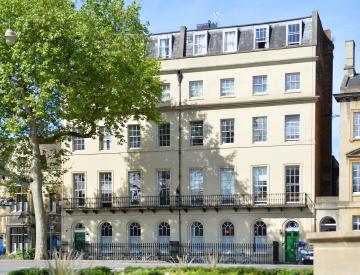 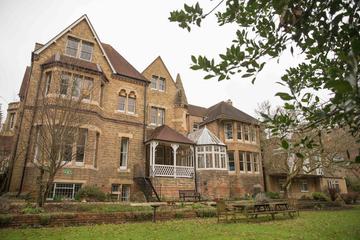