Professor Susan Doran is part of an exciting new project commemorating the 150th anniverary of the removal of religious restrictions at Oxford University. The new project, called Oxford at the 150th Anniversary of the Universities Tests Act (1871): The Making of a Global and Diverse Unity will explore the changes within Oxford University since the removal of these religious restrictions.

Opening Oxford to the World - In 1871 an act of parliament finally opened Oxford to people of all faiths and none. For centuries, the University had been closed to those who were not members of the established Church. The Universities Tests Act changed all that. The result was, in many ways, the beginning of the modern global university, with students and staff of diverse faiths, nationalities, and races. Here, we mark the 150th anniversary of that reform and consider the ways in which Oxford can open up still further.  Join us over the next year for a programme of events, online content, and artistic commissions, celebrating diversity while asking which voices are still missing from Oxford.

The 150th anniversary of the Tests Act of 1871 will be celebrated throughout the coming year, and more information is available on the Opening Oxford website. 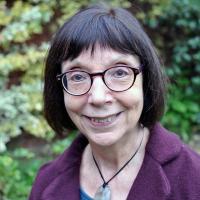 After reading History at St Anne’s College, Oxford, I returned to my home town London to marry, obtain a PGCE, and afterwards teach at St Paul’s Girls’ School. My doctorate at UCL was in early modern history, my thesis a political biography of an Elizabethan nobleman (Thomas Radcliffe 3rd earl of Sussex). Moving to St Mary’s University College (London), I taught a wide range of early-modern British and European History courses, and ran the history programme for a number of years. When I left in 2001, I was Reader in History. I returned to Oxford in 2002 as a lecturer in Christ Church, and have been a Fellow at St Benet’s Hall since 2004. In 2009 I took up my current position as Senior Research Fellow at Jesus College, while still teaching early-modern history at St Benet’s.